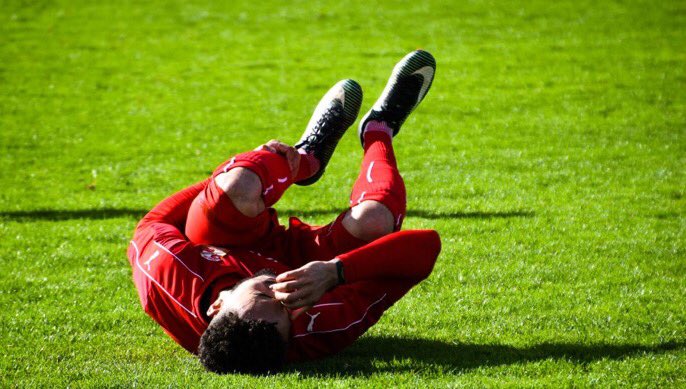 Birmingham Health PArtners researchers from the University of Birmingham and University Hospitals Birmingham NHS Foundation Trust (UHB) have launched a new study funded by The Drake Foundation to review and potentially enhance concussion diagnosis in football.

This new study, supported by the Premier League Doctors Group, which is allowing access to players, is running throughout the 2018/19 football season. It involves saliva and urine samples being collected from injured Premier League players, as well as uninjured “control” players, by club doctors immediately post-match and at further time points over the course of a players’ recovery.

These samples are then being tested in BHP laboratories using a new ground-breaking test, called the ‘Birmingham Concussion Test’, which has been developed following a decade of research led by academic neurosurgeon Professor Tony Belli.

The test looks for molecules in the blood, saliva or urine known as microRNAs, which can act as biomarkers to indicate whether the brain has suffered injury. The patented technology from the University is being commercially developed in partnership with Mirna Diagnostics Limited which owns the global patent licence of these biomarkers.

This expands research also being carried out by BHP, which began in 2017 and is currently ongoing, testing the urine and saliva of concussed Rugby Football Union players.

This research is part of the ongoing REpetitive COncussion in Sport (RECOS) study, by BHP in collaboration with the National Institute for Health Research Surgical Reconstruction and Microbiology Research Centre (NIHR SRMRC).

In the future, it is hoped that the Birmingham Concussion Test could be used pitch-side and would have the potential to assist in return-to-play decisions or concussion diagnosis across sports, from grassroots to professional, in addition to military and other frontline settings.

Professor Belli explained: “Early and accurate diagnosis of concussion is one of the biggest challenges we face clinically and is particularly a major concern in the sporting world.

“This exciting new study is an important addition to the breadth of research we are undertaking into concussion and player welfare in sport more broadly.”

Dr Patrick O’Halloran, Sports Concussion Research Fellow at the University of Birmingham, Sport and Exercise Medicine Registrar at UHB, and Academy Doctor at Wolverhampton Wanderers FC, said: “This research has the potential to benefit professional, grassroots and youth level footballers alike, making the process for diagnosing concussion as effective as possible. Similarly, this may be valuable in other sports or for patients in NHS A&E departments.”

James Drake, Founder of The Drake Foundation, a not-for-profit organisation committed to improving evidence-based measures for the management of concussion injuries in contact sport, said: “We are delighted to fund this essential study in Premier League football. The conversation around concussion has come a long way in the last five years and scientific research such as this is essential in keeping our players safe.”

This latest study will also look to evaluate the effectiveness of the current Premier League Doctors Group Standard Operating Procedure for diagnosis of concussion. When a team doctor suspects a player has been concussed, the following data will be sought to accelerate and more accurately diagnose any potential concussion: